In 1969, Appalshop was born when a group of young people in Whitesburg, Kentucky got funding from the American Film Institute and the Office of Economic Opportunity’s War on Poverty to train local people in media making skills. Economic development was the goal from the start. With their new skills, they created new jobs and new markets. With the media they made, they told a new story about the place they called home: its poverty and illness, and its deep cultural bonds and riches. Appalshop’s grassroots, place-based media making has been linking cultural and economic development ever since.

In 2014, Appalshop began its next chapter. Faced with the end of central Appalachia’s coal-based economy, a new generation of Appalshop leaders partnered with economists from Lafayette College’s Economic Empowerment and Global Learning Project (EEGLP) and researchers from Imagining America: Artists and Scholars in Public Life (IA) to launch a national initiative for community revitalization and economic development based in creative placemaking and placekeeping.

This initiative has drawn practitioners and researchers from across the country to the mountains of eastern Kentucky in pursuit of answers to two central questions: 1) How can arts and culture promote individual voice and collective agency, unbounding a community’s imagination and ambition in order to create the conditions for equitable economic and civic development?  2) In what ways can a community organize itself to build an economy that’s broad-based, equitable, and sustainable?

At the center of this project is the Letcher County Culture Hub: a growing collaboration among community centers, artist and artisan organizations, business associations, volunteer fire departments, elected officials, government and educational organizations, and local for- and nonprofit corporations, convened and facilitated by community organizers at Appalshop.

Downloading our ALL-IN-ONE PACKET (containing how-tos, best practices, major lessons, our principles of diversity and inclusion, and Phase One research progress as of 2017) is a great place to start:
FEATURED FILM:
​1/10/18: "The Letcher County Culture Hub," dir. Holly Zahn
In this short video produced during the KY-based Phase One of POF activities, community leaders of the Letcher County Culture Hub (including local business owners, artists, and Appalshop staff) reflect on their experiences. 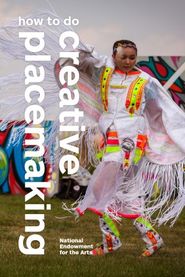 FEATURED ARTICLES:
6/6/17: ​"After Coal, a Small Kentucky Town Builds a Healthier, More Creative Economy," Peter Slavin
NOW AVAILABLE TO READ AT YES! MAGAZNE
Appalshop’s Ben Fink, who moved to Kentucky in 2015 to manage the project, says it’s called the Culture Hub because “culture is at the center of all of our economic development work—both culture in terms of music, theater, film, radio, art, etc., and a culture of agency, voice, and ownership in central Appalachia.”

3/10/17: "Building Democracy in 'Trump Country'," Ben Fink
​NOW AVAILABLE TO READ AT MOYERS & COMPANY
Basically, Appalshop would use its resources and relationships to do broad-based organizing. We would build a wide network of grassroots organizations working to strengthen people’s voice, agency, and ownership, starting in Letcher County. Each organization in our network would support everyone else’s work, connect each other with resources, plan projects to bring value and wealth into our communities, and bring together organized people, money, and ideas.... What does this look like?


"Building Economy and Community With Cultural Assets," Ben Fink and Mimi Pickering, NEA's  How to Do Creative Placemaking: An Action-Oriented Guide to Arts in Community Development, 2016
Read more about the Culture Hub in the national media in our 2018 Appalshop Press Roundup: