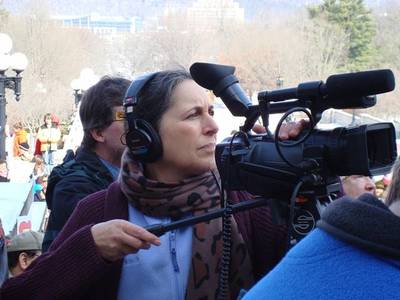 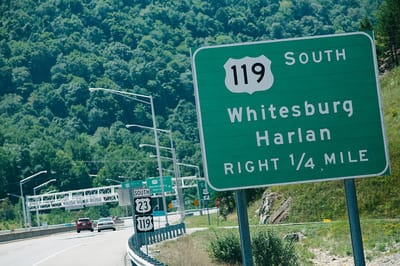 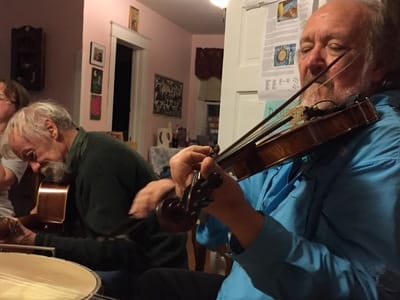 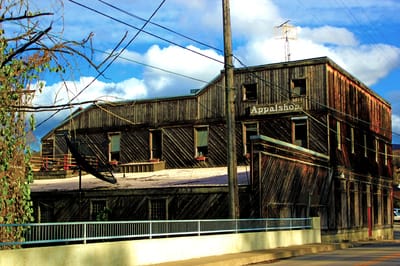 Appalshop is located in Whitesburg, the county seat of Letcher County, Kentucky, in the mountainous heart of the central Appalachian coalfields. For more than a century, the coal industry has dominated most aspects of Appalachian life, from the region’s relationship with local, state, and federal government to the courthouse and the schoolhouse. Yet the abundant artistic and cultural life of our land has provided an alternative to this domination, achieving an independence and complexity of beauty because it has invited full, joyful citizen participation. Today, following its 150-year reliance on one extractive industry, central Appalachia has entered a period of economic transition. At this watershed moment for Letcher county and beyond, Appalshop brings its expertise in public storytelling through multimedia production and archiving, live musical performance, theater, citizen journalism, community organizing, and cross-sector coalition building.

Appalshop was founded in 1969, when a group of aspiring Appalachian artist-activists secured funding from the Johnson Administration’s War on Poverty and created the Appalachian Workshop to help their neighbors grapple with the causes and effects of the region’s poverty. At the center of this work was a celebration of the abundance of local Appalachian culture.
Above: The National Endowment for the Arts's 2012 short film on Appalshop
Over the ensuing 46 years, Appalshop has developed into central Appalachia’s anchor arts and culture institution by creating the largest single body of plays, documentary films, and audio recordings about its place. Appalshop artists and managers are deeply rooted in their Appalachian communities, which engenders a sense of trust among audiences who recognize themselves as co-creators of the narratives that Appalshop displays. This trust makes it possible for Appalshop to connect people across perceived differences; the organization provides a physical and virtual public space for civic discourse.

Today Appalshop comprises several independent media and performance departments, or "projects."  We are: 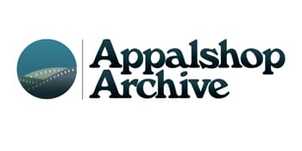 APPALSHOP ARCHIVE
​The Appalshop Archive grew out of Appalshop’s mission to document, disseminate, and revitalize the lasting traditions and contemporary creativity of the region. It works to preserve the creative output and history of the independent, nonprofit organization, as well as orphaned media materials and other collections that help enrich our understanding of the history, culture, art, and social issues of central Appalachia.
APPALSHOP FILMS
Appalshop films explore the culture and social concerns of Appalachia and rural America from the perspectives of those who have lived it. Our catalog of over 100 documentary films (with 40 streaming online and more on the way!) represents the largest body of work of its kind in existence focused entirely on Appalachian culture and issues.
​

APPALACHIAN MEDIA INSTITUTE (AMI)
Since 1988, the Appalachian Media Institute has provided opportunities for young people from across Central Appalachia to explore their home communities, address local issues, and become thoughtful, engaged citizens through the process of place-based media making.
​

CULTURE HUB
The term “culture hub” comes from our ongoing collaboration with the Economic Empowerment and Global Learning Project (EEGLP) at Lafayette College, where economists and students work with people in high poverty areas all around the world to build their economies. EEGLP focuses on a place’s assets—what we have, not what we don’t—and on how people can use those assets to imagine and build a new economic future together. Appalshop as a “culture hub” is the place where this all can happen.

JUNE APPAL RECORDINGS
June Appal Recordings was established by Appalshop to record and distribute music of and from Central Appalachia. Artists with June Appal releases include Buell Kazee, Morgan Sexton, Lee Sexton , Carla Gover, Nimrod Workman, and others. Over the last thirty years, June Appal has released more than eighty titles, many of which are available through their online store. June Appal also distributes compilation recordings taken from the annual Seedtime on the Cumberland festival which is held in Whitesburg, Kentucky every June.

ROADSIDE THEATER
Roadside Theater was founded in the coalfields of central Appalachia in 1975 as part of Appalshop. Across its four program areas (New Play Creation, Community Cultural Development, Advocacy, and Teaching in Colleges and Communities), Roadside creates and presents an indigenous body of plays richly reflective of the lives of Appalachian people; collaborates with other professional ensemble theaters to create intercultural plays that explore issues of race, place, and class; strives for artistic excellence and a vital relationship with its mostly economically poor, working class, and middle class audiences; and serves as a resource to communities regionally and nationally that desire to explore and stage their local life.

SEEDTIME ON THE CUMBERLAND
Seedtime on the Cumberland furthers Appalshop’s mission through the presentation and broadcasting of Appalshop’s work to the general public intensively over one weekend each year. Seedtime’s goal is to be a mirror for the mountain people and communities. To remind folks here of our cultural riches and traditions of the true vine that make this region vibrant and always growing, Seedtime brings the arts of the community to the community; and, by broadcasting this festival live on the airwaves of WMMT and on the internet at wmmt.org, presents the community to the entire world.

WMMT.FM COMMUNITY RADIO
WMMT.FM (88.7) is the noncommercial community radio service of Appalshop. WMMT’s mission is to be a 24hour voice of mountain people’s music, culture, and social issues, to provide broadcast space for creative expression and community involvement in making radio, and to be an active participant in discussion of public policy that will benefit coalfield communities and the Appalachian region as a whole.
​APPALSHOP, INC • 91 MADISON AVE.  WHITESBURG, KY 41858 • INFO@APPALSHOP.ORG • (606) 633-0108